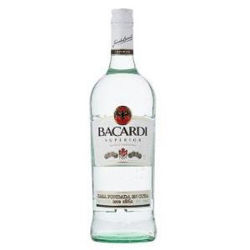 The first of its kind, Stolen Smoked Rum is distilled in Trinidad from sugar cane and aged in used whiskey barrels for up to two years. We then infuse our rum with premium, 100% natural ingredients from around the world. Smoked American hardwood and Moroccan fenugreek are balanced by Arabica Colombian coffee and Madagascan vanilla, delivering a coffee aroma on the nose with a smooth smoke finish. Best served with ginger beer, cola or in an old fashioned.
$47.99 From its origins with the French Foreign Legion to the legions of modern mixologists still using it today, Dubonnet Rouge Aperitif Wine has been a staple on the cocktail landscape since its introduction in 1846. Created by Parisian chemist / wine merchant Joseph Dubonnet as a means to make quinine more palatable for the soldiers battling malaria in North Africa, Dubonnet's mix of fortified wine, a proprietary blend of herbs, spices and peels, and the medicinal quinine is a recipe that has earned it legendary status in the world of sophisticated drinks. Nearly two centuries after its introduction, Dubonnet is the number-one selling aperitif brand in the United States, and still made according to the original family recipe. Its 19 percent alcohol content ensures a refreshing drink in the summertime, while its port-like flavors promise a hint of holiday in the winter months.
$34.99 The Arechabala Family started their rum-making business in 1878 in Cuba. They first registered the Havana Club trademark in 1934. With its well-rounded flavor featuring notes of tropical fruits and hints of vanilla and oak, Havana Club quickly became a beloved and iconic Cuban brand. It was a favorite of locals as well as American and European tourists flocking to Cuba’s chic nightspots and casinos from the late 1930s to the 1960s. Havana Club became one of the symbols of the razzle and dazzle of that Golden Age. The Havana Club Anejo Blanco is distilled and aged in Puerto Rico under the Caribbean sun for 1 year in oak barrels. The aged rums are then blended together and aged for a second period in oak barrels for at least 2 months. The result, a medium-bodied aged white rum with notes and hints of pineapple, banana, vanilla and oak.
$44.99