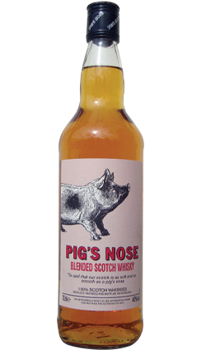 Pig's Nose is a farmyard-themed whisky created by Richard Paterson, the man behind the Sheep Dip series. There were no snouts harmed in the development of this blend, so don't be alarmed. The name comes from the saying that it's as smooth as a pig's nose. To be honest, we've never touched a pig's nose before, but after tasting this whisky, we're convinced they're incredibly smooth.
Country Hierarchy - Scotland, UK Alcohol Content - 40%
$64.99